Why God Why? Repairing Bad Faith with Good Hermeneutics

We ended the previous post illustrating the scenario of atheism as a means of reconciling faith and gender/sexual identity. Now, we look at some another path of reconciliation.

For LGBTQ folks who find ways to reconcile the seemingly unseemly conflict between their faith and sexual/gender identity, they are the ones who find the bad links in the chain.

There are two strategies I want to present that help LGBTQ people of faith preserve the relationship between faith identity and sexual/gender identity. The first addresses these bad links in the chain. A lot of these bad links can be addressed through good hermeneutics.

Hermeneutics is the science of interpretation.  It’s basically the strategies we use to figure out what something means. Even though it’s a big word, everyone is a hemeneut. Here’s an example.

I will pay you back. 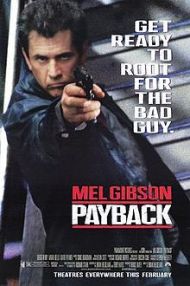 Or, it could mean this.

However, do we know in fact that there was a transaction of funds, or was it some other method of currency (like apples, or something)? All the more, it could also have a more malice meaning to it, as if the utterer intends ill will unto the receiver of the statement.

All of this is to illustrate that we have no idea what the statement means just from the words written/uttered. We need contexts to understand what is the intended meaning of the statement.

See? You just participated in hermeneutics. Now, here’s another example:

“Do not practice homosexuality, having sex with another man as with a woman. It is a detestable sin.” – Leviticus 18:22, New Living Translation

A few things about this passage.  First: It’s a horrible interpretation. A better translation is “And with a male you shall not lay [as the] lyings of a woman.”[i] The specific reference here is to sexual intercourse between males.

The Hebrew תּוֹעֵבָה (to’evah) is translated into “detestable sin.” According to the phenomenal resource that is the NET Bible, this “refers to the repugnant practices of foreigners, whether from the viewpoint of other peoples toward the Hebrews[ii] or of the Lord toward other peoples.[iii] It can also designate, as here, detestable acts that might be perpetrated by the native peoples.[iv]” So, assumptions were made concerning the meaning of the Hebrew term תּוֹעֵבָה.

Second, and this point may be a little difficult to grasp, but I’m going to try: homosexuality did not exist back then!  I refer to a previous post where I clarify this point:

“However, the anomaly of homosexuality (as we understand it today) only became abnormal at the earliest with the invention of sodomy as a category of sin within the medieval Roman Catholic Church or at the latest with the invention of heterosexual and homosexual categories in the late 19th century. Sure, men fucked men and women fucked women since time immemorial, and a lot of people thought it was weird or gross or wrong, but it wasn’t homosexuality.” 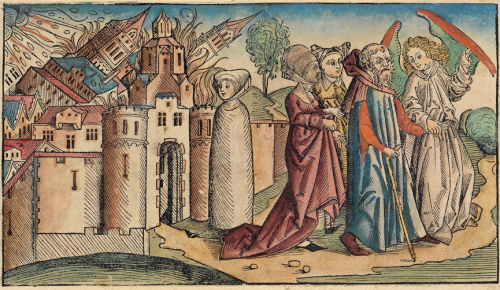 The men of Sodom and Gomorrah most likely fucked each other, but it wasn’t gay. And it sure as hell wasn’t the reason the Bible gave for why God destroyed the cities…

So, LGTBQ folks who have integrated their faith identity and sexual/gender identity have been an invaluable resource for those coming out.  They have helped to rewrite and reinterpret the misbeliefs that have been reinforced from bad hermeneutics and bad consequently ‘bad faith.’

That piece about bad faith leads me to the second strategy: reframing and reasserting the ultimate. The most common manifestation I’ve seen is when LGBTQ folks of faith reassert the belief that the love of God is their ultimate. Even though there are theological machinations involved in the translating of holy texts, this is an explicitly theological strategy. To come to this conclusions [that the principle of the love of God is an ultimate], a person would have to synthesize multiple sources (including but not limited to Scripture, tradition, reason, and experience) to come to this systematic conclusion.

The resuscitation of the love of God as the defining ultimate interpretive principle for a theology is indeed a noble practice. I think this is a good strategy, but I don’t see it as an end point. I see it as part of a path in the reconciliation of faith and gender/sexual identity. In fact, I would question the need to reconcile itself. In order to do this, we need to reimagine the whole point of not only reconciling faith, but faith and religion itself.

Filed under Why God Why? Faith in Coming Out

2 responses to “Why God Why? Repairing Bad Faith with Good Hermeneutics”