We Among Others: How to Deal

We are now returning to the series “The Joy of Theology” after a long but necessary detour with the series “A Feminine Masculinity.”  Last time I gave a parable on the individual and theology, and I argued that theology is not just a vertical pursuit (between God and self), but that it ought to be done in the context of others (horizontally). But there is a “problem,” namely, that there are others, and especially others who may not see things the way we do.  So, how to we “deal with” the fact that I am but one person in the midst of a multitude of people, each with their own history, personality, and view on reality? Or is it a problem?

OK, first, let’s treat this as a problem, and it is for many, and it often manifests itself in two extreme solutions.

The first solution answers it this way: Everyone is different, everyone views the world differently, and because of this, there is no way of knowing for certain what is true.  Thus, there is no certain truth, but only truth as people see it, and so truth is what is true for them.

The second solution goes like this: Even though everyone sees reality differently, but there is one truth and there is only one true way to view reality, and everyone must ascribe to this in order to be certain of what is true.

What is wrong with both of these solutions?  I can address it in one stone’s throw (that is, if both arguments were birds, thence I would kill them…with a single stone’s throw). 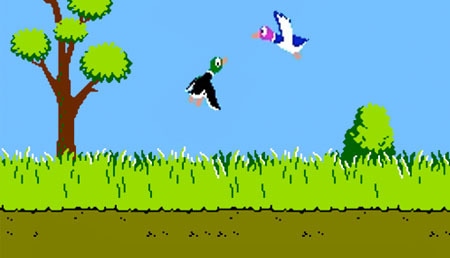 One fallacy comes from the argument of individualism.  The first solution makes the mistake of saying that individuals are left to create their own truth for themselves, while the second solution argues that there is one individual paradigm in which all individuals must ascribe.  The ultimate problem for both is that while acknowledging others around them, they are still focused on either their individual pursuit of truth or on a single pursuit of truth.

Also, we cannot be certain of what is true, but we can be confident that there is truth.  Truth exists, but it’s just seen differently by people. However, and this is a big however, we Christians believe that there is one (T/t)ruth, and that (T/truth) is Jesus.  What, then, did Jesus mean when he said that he is the Way, the Truth, and the Life, and that no one comes to the Father except through him (John 14:6)?  Yes, this is true that no one can come to know God outside of Jesus, but we must recognize that our view of Jesus is not the view of Jesus.  It is a view of Jesus, and others view Jesus through their own lens of reality.

However, and this is a big however, I am not arguing that this means all paths lead to Jesus.  I am making light of the fact that while there is One Truth (and that Truth is Jesus), all of humanity sees Jesus through their cultural context and world view, and makes sense of him through that.  Praise be to God that we have a God that reveals Godself where we are at and wherever we are at and through whatever world view!

So, in the end, we are not alone.  We are all together, in solidarity, looking up to the Truth through our own eyes, but with each other. 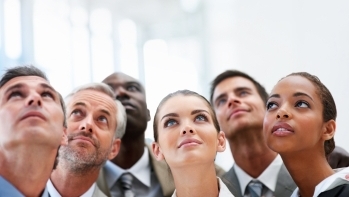 Filed under We Among Others

One response to “We Among Others: How to Deal”